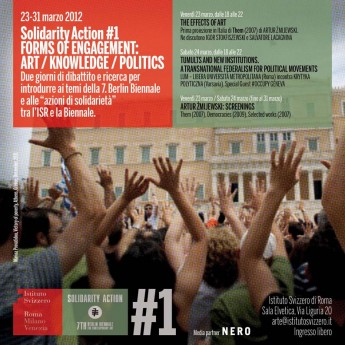 The first “solidarity action” organized by the Istituto Svizzero di Roma consists of two days of debates to create a bridge between the experiences of Eastern Europe – already presented and discussed in the context of the Berlin Biennale – and the activities of the Roman collective ESC, through the experience of the selftraining laboratory and research LUM – Libera Università Metropolitana. More » 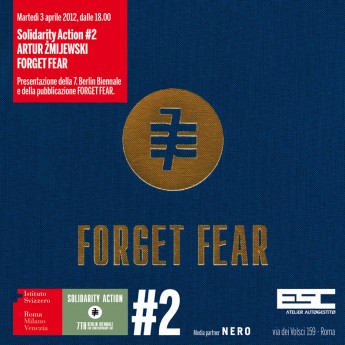 Edited by Artur Żmijewski and Joanna Warsza, Forget Fear – the first publication of the 7th Berlin Biennale – is a report on real action within culture, on the uses of artistic pragmatism. It is about concrete dealings by artists, curators, and politicians that lead to visible effects. More » 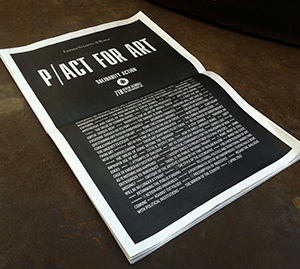 From April 25, on the occasion of the 7. Berlin Biennale opening, P/Act for Art_ROMA, a magazine published by Istituto Svizzero di Roma, will be distributed for free at the entrance of KW – Institute for Contemporary Art. More » 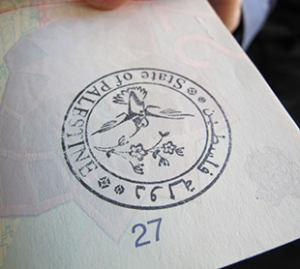 The swiss writer Pascal Janovjak met Khaled Jarrar, one of the artists involved in the 7. Berlin Biennale. Here is an extract of their meeting in Berlin. Khaled Jarrar created a stamp with which he stamps passports of travelers and pedestrians in Ramallah, Berlin, Paris and other cities since 2011. More » 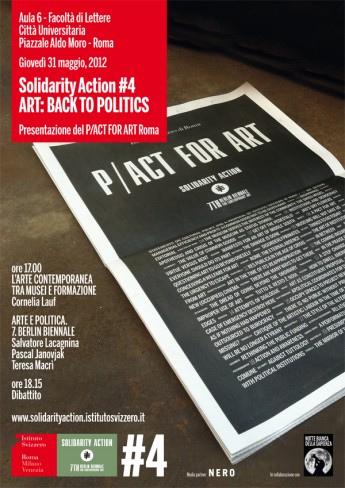 Solidarity Action #4 – Art: back to politics. 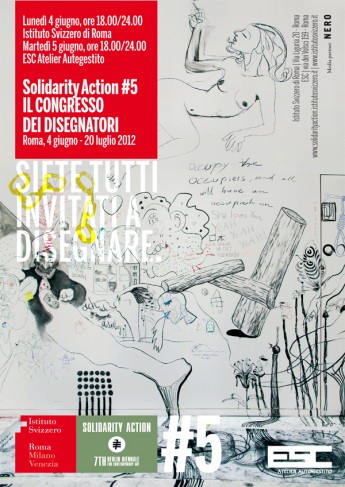 From 4 June to 20 July, in the context of the Solidarity Action undertaken by Istituto Svizzero di Roma, the Draftsmen’s Congress will be presented. Started by Paweł Althamer at the church of St. Elisabeth in Berlin Mitte for the 7th Berlin Biennale, the Congress brings together artists and the public in a dialogue that uses the language of images instead of words. More » 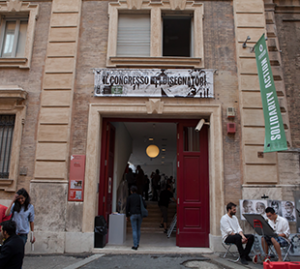 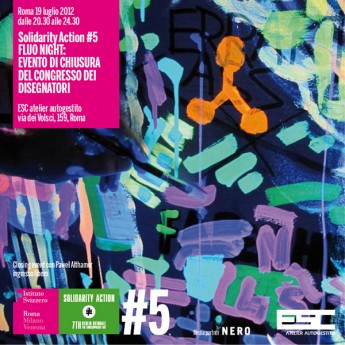 On Thursday 19 from 8.30pm to 0.30 will take place the event Fluo Night. ESC at via dei Volsci 159 will be lit by UV lamps and artists, illustrators and the public are invited to paint on the walls of the Congress using fluorescent colors: the participants will have the opportunity to enter into dialogue with the existing designs using a new layer. More »

The Draftsman Congress has brought artists and audience together in a dialogue using a language which consisted of images instead of words. During a two-month period various workshops were organized at the Swiss Institute of Rome as well as at ESC Atelier Autogestito, which gave way to a discussion open to the most heterogeneous types of audience,... More »

It's a free newspaper which deals with the issues and modalities of artistic and cultural production in Rome. It has been used as an instrument for critically reflecting on the status of culture and of the institutions which represent it, through the voices of its various protagonists, soliciting comments, opinions and original proposals. More »

The public encounters and debates organized in Rome from March through June 2012. These Solidarity Actions have involved artists, institutions and European activists and artists with the aim of rendering visible a network of personalities capable of acting on a transnational level, in solidarity between themselves and with the 7th Berlin... More »

Interviews, documents and extracts from the conferences, discussed and produced during the Solidarity Actions. This research material delves on the debates and carries out an investigation around the fields of art, social sciences and political activism on a transnational level. More »